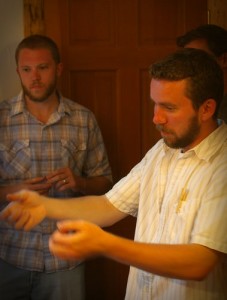 Brad Helmink and John Rauschelbach have been writing and directing together since 2003.  Their first feature, The Lodge, was released in 2008, distributed worldwide through KOAN and Monarch Home Entertainment.  It had a successful distribution run and can be seen on DVD, Chiller TV, Netflix, Amazon Prime, and more.  It won Best Horror Film at the 2008 Great Lakes Film Festival and the Audience Award at the Oxford International Film Festival.

SLASHER! will be their second feature film: a horror/comedy story that pays homage to the classic horror movies of the 1980s.  It’s Hot Tub Time Machine meets Friday the 13th, with everything we love from the slasher genre.

Visit Brothers Shamus Pictures for info on other projects. 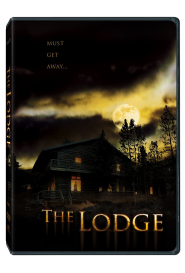 Brad Helmink and John Rauschelbach started Brothers Shamus Pictures in 2005 to begin production on their first feature The Lodge.  They were able to secure financing, produced and found distribution in 2008.  To date, The Lodge has generated over double its budget in revenue.  It continues to sell around the world. They are planning to bring this experience and success to their next feature: SLASHER!

Warning: Use of undefined constant thumbnail - assumed 'thumbnail' (this will throw an Error in a future version of PHP) in /misc/15/894/928/519/user/web/slashercamp.com/wp-content/themes/producer/functions.php on line 31